Do you have skunks in your business? 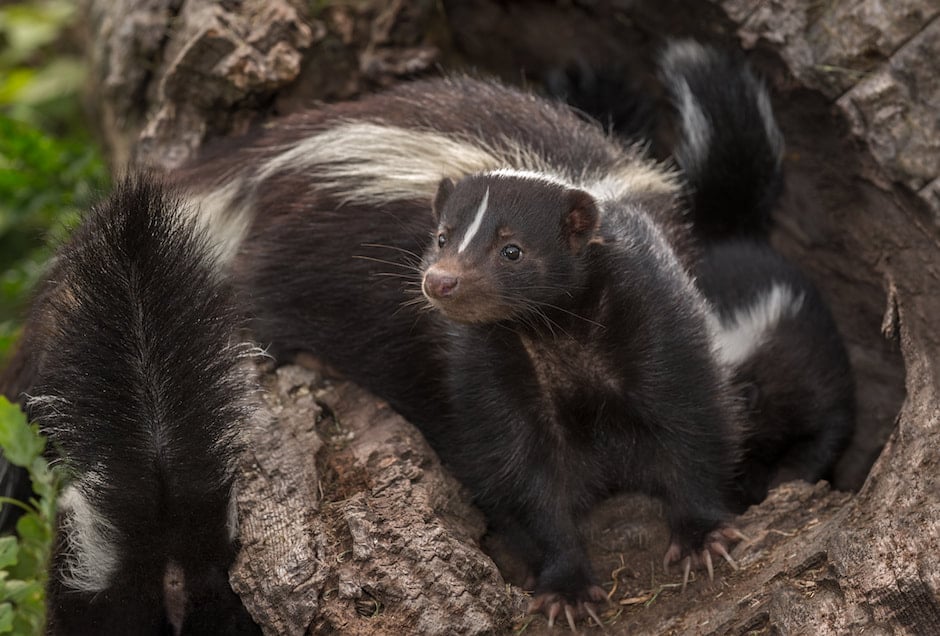 A skunk as you know is something that stinks, and nearly all businesses have them. No, I’m not talking about issues with personal hygiene – your skunks are in your operation, your customer journey, your hiring.

It looks like something that isn’t adding value to your business and may be actively detracting from it:

Imagine that you’ve only got one person trained on an aspect of your business and you haven’t got what they do recorded, as a How To, a system which anyone could follow. What happens when this person is sick or on holiday? Things don’t get done or not done to the standard you expect. Often it’s the business owner who has struggled to delegate, not willing to give up ‘their’ tasks for fear of losing control.

I smell a skunk!

Say for example you had a problem with quality, so you added a layer of checking and that’s continued for several years. But you’ve never reviewed it since, to see if it’s still necessary. Quality has improved so you’ve left well alone. But what if the problem was fixed at source through recruitment, training or development and the checker has not found a problem in twelve months? It’s wasting time and money and robbing people of taking pride in their work. It’s a skunk.

I love the factory idea of a place for everything and a picture of what should be there. (I imagine its what a Japanese garage looks like rather than my own!)

Waste also occurs when we reinvent the wheel; I know I’ve been guilty of it. You know those tasks you do infrequently where you think, ‘How the devil did I do this last time?’  And you waste time going round the houses to get it done. And you’re saying to yourself I really must make a note of this for next time but then you’re so relieved it’s done and your to do list is so long…. so it’s left till next time and round you go again.

How often have you added a step in a procedure without really getting down to the root cause of the problem. That sort of analysis and investigation takes a bit of time and you’re after a quick fix so you just throw money at it. But unless you’re lucky, meddling isn’t fixing. Similarly automating a process without first streamlining it can simply automate inefficiency.

Have you ever recruited someone because they weren’t exactly who you were after but they were the best of the bunch and it was an expensive process? How has that worked out? They might have worked out well but if not, how expensive has that been to your business?

As a customer just think of the last time you were infuriated by the hoops you had to jump through to get service. My pet one is telling someone your tale of woe having queued for twenty minutes on the phone only to be told that someone else has to help you and you’re back in the queue again and then having to re-tell the story… You feel yourself losing the will to live and, unless it’s a service or product you really want, you just walk away.

I know it’s tempting to just kill a skunk when you spot one, and a quick fix will work for some skunks. But if you route one out at the beginning of a process it may have a knock on effect down the line.

What you need is that helicopter view of your whole business, starting with a ‘warts and all’ look at your Customer Journey.  Working through the journey from start to end, ideally with your team, will show you the inefficiencies, the blocks and the weaknesses; you’ll be able to see how something at the beginning of the journey is causing a problem further down the line; or how you are a block at a crucial point.

With the whole picture in front of you, you can then make a plan to kill off your skunks, one by one.

Your business will never have smelled so good!

Do one thing: Take the Systems Scorecard and find out where the skunks may be lurking in your business.

PrevPreviousWhat Business can Learn from Men Talking Balls
NextEnough of this Planning Sh*t!Next