How to assess your team. 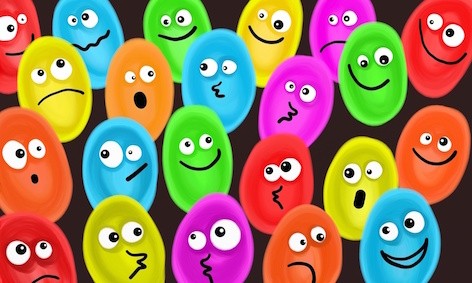 Over the last couple of weeks, we’ve looked at building a team, and how to get it right first time. But what if you already have a team, and what if you built it the usual/old-fashioned way – by hiring the best cv, and hoping they fit? How do you assess that team with fresh, objective eyes?

Well the first thing to do, is to ask yourself the question I get every business owner I work with to ask:

‘If I could re-hire all of my team tomorrow – based on what I know now – who would make the cut?’

It’s a powerful question, and one that’s rarely answered with ‘everybody’.

There are often individuals who have never been right; people who interviewed well (as so many do if they’re only asked questions about their experience and expertise) but who should have been weeded out during their probation. There will be others who have never been given the training, or more likely, the feedback they needed, to become a valuable member of the team.

So first, ask the ‘who would get to stay’ question, to identify the person, or people who are just not right, because if you follow along with me in this blog series you’re going to be the person who finally sorts them out.

Next, I want you to plot your team on the performance-potential matrix below. This matrix gets you to assess the current performance of each individual, together with their potential to improve, develop and grow.

For example. Bill is a good employee, who you can rely on to turn up on time, do his work to a good standard, and then go home. He doesn’t make any waves, but equally he doesn’t contribute anything outside the remit of his role. Bill is happy where he’s at and might be described as a Steady Stayer. In bigger teams, these guys are essential.

Meena on the other hand, is also reliable, does her job to a good standard, and doesn’t rock the boat, but unlike Bill, she has shown signs that she wants to learn other skills to broaden her knowledge. Meena isn’t ready to take on more responsibility, but could move to another team or another role, for development. Meena would be classed as a Good Performer.

Sue has only been in your team for a few months, and has only just passed her probation, but you’ve seen signs that she’s going to be good, and you want to give her every chance by giving her the training and feedback that she needs. Sue would sit in the Potential to Perform box.

You get the idea.

Download the Performance Potential Matrix and map your team (however small) into the 9 boxes shown. If you work with freelancers, map them in too. You’re looking to build a picture of the strengths and the weaknesses in your team, so you need to be as objective and thoughtful as possible.

Once you have a clear picture of who is in your team, pull together a people plan that maps out what each individual needs from you, in order to become a valuable team member – what training, what support, what feedback, what performance management.

Sit down somewhere, away from distractions, and think this through…carefully. Map out the actions that you’re going to take and put deadlines and timeframes against each of them. Remember at this stage we’re only talking What you need to do – the How will be covered in a later blog.

Building a team who share your values, and perform to your high standards, is your number one priority as a leader. It’s challenging, and it can be tough, but whether you are building your team from scratch, or re-building your existing team, don’t settle for someone who isn’t right, because you get who you settle for.