You get the standards you tolerate 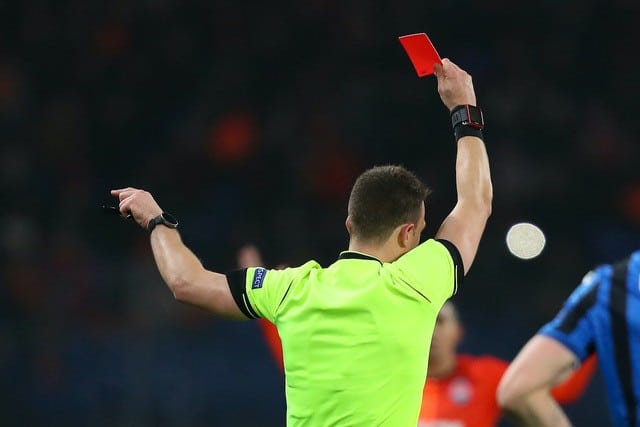 I’m a firm believer in that phrase and it was well illustrated a couple of weeks ago.

If you’re not a rugby or football fan please bear with me 🙂 It was watching the Liverpool v Atalanta Champions League game. An Atalanta player fouled an opponent and was being booked with a yellow card. (For the uninitiated, two yellows is a sending off.)

It’s very rare for that to happen in football, I think it’s got to the point that referees accept that some degree of disrespect has to be tolerated. And some reading this may see the ref as a pedant or a jobsworth and yet there’s so much talk about respect; why can’t that include officials?

Compare that to rugby union where a word of dissent or a gesture gets the free kick or penalty moved forward 10 yards. It’s very rarely you see that happen because players know the consequences.

So I wonder how football managers will coach their teams when the Liverpool v Atalanta referee is in charge of the game,

and basically everything that would probably be the norm in most other sport.

And of course when players surround the ref trying to get an opponent sent off, the other team feel the need to reciprocate and so on it goes.

And this is what can happen in your business if you don’t nip things in the bud, if you don’t ‘floor walk’ and give feedback, if you put off having ‘that conversation’ because you’re worried about confrontation or if you’ll be able to handle things.

And so the behaviour goes on and others may see it and follow suit,

“Well, if he/she’s doing that, why should I bother?”

Do one thing: Invest every day in feedback, whether that’s things you see that you love or things you need to stop in their tracks. I think it’s one of the most important skills a manager / business owner can have and you’ll really notice the difference.

PrevPreviousScale-ups, growth champions of SMEs, Powerhouses of Productivity.
NextTime for a Spring Clean?Next